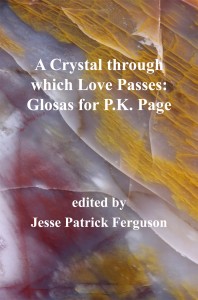 Mark the fourth anniversary of P. K. Page’s the passing with the Victoria launch of A Crystal Through Which Love Passes (BuschekBooks, 2013), edited by Jesse Patrick Ferguson. An anthology of glosas in tribute to the late P. K. Page, who made the form popular among Canadian poets, it collects work by poets across the country.

With readings by John Barton, Yvonne Blomer, and Sandy Shreve, the launch of A Crystal Through Which Love Passes is co-organized by Planet Earth Poetry and The Malahat Review as a prequel to #WordsThaw 2014.

WordsThaw 2014 passes will be on sale at the Early Bird price of $40 ($30 for students and Friends of the Malahat).

Copies of A Crystal Through Which Love Passes will be on sale from The Malahat Review. 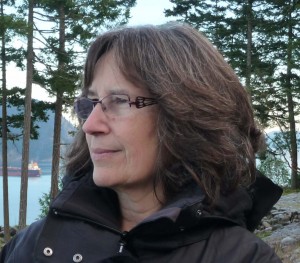 Sandy Shreve’s fifth book of poems, Waiting for the Albatross, is forthcoming from Oolichan. Her previous collections include Suddenly, So Much (Exile, 2005) and Belonging (Sono Nis, 1997). Recent work has appeared in her chapbooks, Cedar Cottage Suite (Leaf, 2010) and Level Crossing (The Alfred Gustav, 2012). She coedited, with Kate Braid, the anthology In Fine Form : The Canadian Book of Form Poetry (Polestar, 2005), edited Working For A Living, a collection of poems and stories by women about their work (Room of One’s Own, 1988), and founded B.C.’s Poetry in Transit program. Her work is widely anthologized and has won the Earle Birney Prize for Poetry and been short listed for several prizes, including the Milton Acorn People’s Poetry Award and a National Magazine Award for poetry. www.shreve.shawwebspace.ca 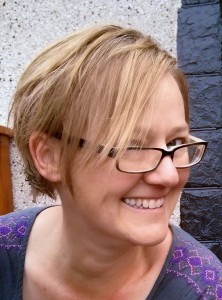 Yvonne Blomer’s most recent collection is The Book of Places (Black Moss, 2012). She is the coeditor of Poems from Planet Earth (Leaf, 2013) an anthology of poets who have read for the Planet Earth Poetry reading series, which is named after P. K. Page’s poem “Planet Earth.” Poems from her forthcoming collection, As if a Raven (Palimpsest, 2014), have been shortlisted for the CBC Literary Awards, have appeared in Best Canadian Poetry in English, and will appear in The Poet’s Search for God an anthology out of the U.K. Her poems have been widely anthologized in Canada and the U.K. Yvonne is the Artistic Director of Planet Earth Poetry. 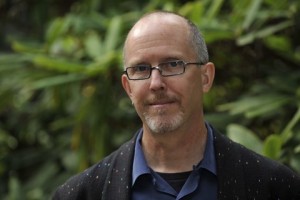 John Barton’s ten books of poetry and six chapbooks include For the Boy with the Eyes of the Virgin: Selected Poems (Nightwood, 2012) and Balletomane: The Program Notes of Lincoln Kirstein (JackPine, 2012). An eleventh collection, Polari, is forthcoming from Goose Lane in 2014. He lives in Victoria, where he edits The Malahat Review.