HAIKU: Learning to Taste the Mountain, A Deeper Look into the Aesthetics of Haiku Poetry

Few passes remain. Please email us if you would like to purchase a workshop ticket. 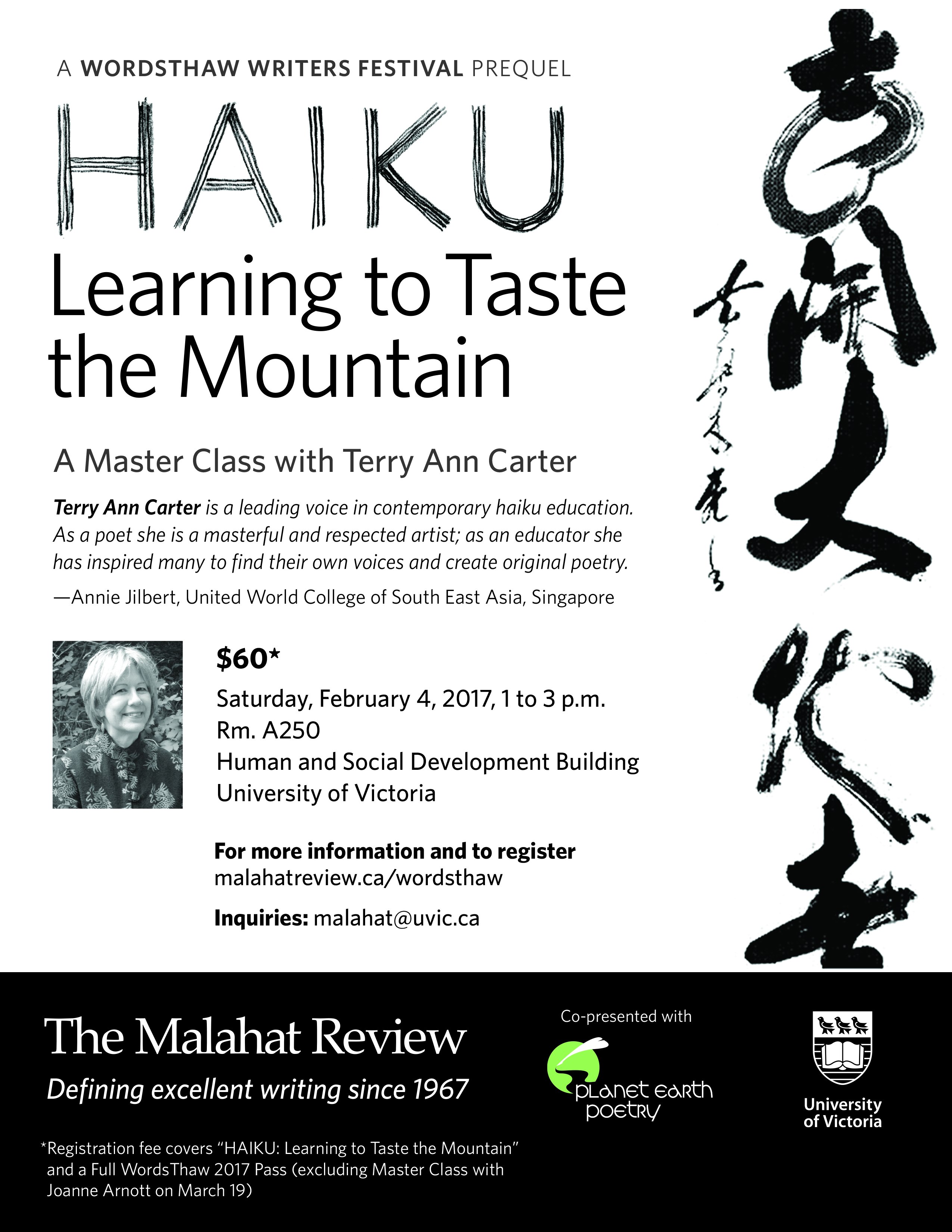 If one really wishes to master an art, technical knowledge is not enough. One has to transcend technique so that the art becomes an “artless art” growing out of the unconscious. – D.T. Suzuki

Beginning with an examination of several haiku classics—Basho’s Oku-no Hosomichi (The Narrow Road to the North) Santoka’s Mountain Tasting, and poems by Chiyo ni, Japan’s most revered female haiku poet—participants will have an opportunity to examine and discuss “haiku technique.” Contemporary English-language poets also will be studied. Composing haiku begins with a review of requirements for the form, proceeds to imitative writing (borrowing lines), and concludes with an attempt to begin Suzuki’s “artless art.” The workshop is designed for beginning and seasoned haiku poets. An eight page handout is included.

Terry Ann Carter is a leading voice in contemporary haiku education. As a poet she is a masterful and respected artist; as an educator she has inspired many to find their own voices and create original poetry. – Annie Jilbert, United World College of South East Asia, Singapore 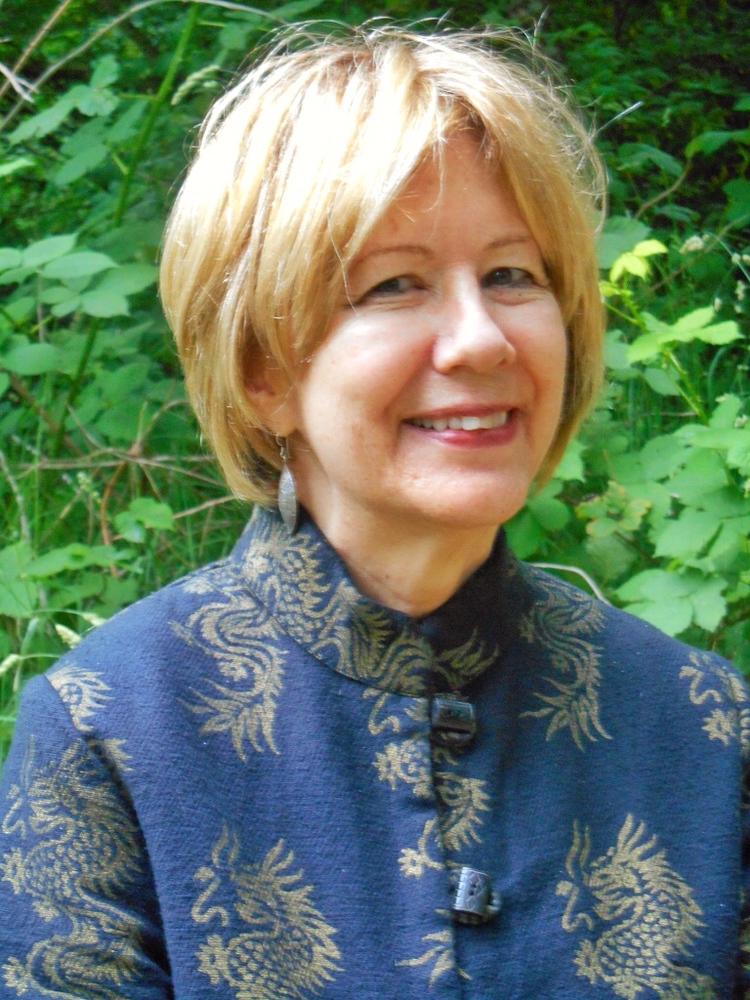 Poet and paper artist, Terry Ann Carter (www.terryanncarter.com), is the author of four collections of lyric poetry and five chapbooks of haiku.  Lighting the Global Lantern: A Teacher’s Guide to Writing Haiku and Related Literary Forms (Wintergreen Studios Press) is found in many Canadian and American high school and college classrooms. Her haibun memoir, On the Road to Naropa: My Love Affair with Jack Kerouac, was published by Inkling Press in 2015. An instructor of Japanese literary forms at Royal Roads University and president of Haiku Canada, Terry Ann has participated in the Basho Festival in Ueno, Japan, and given haiku and small-book-making workshops in France, Singapore, China, Malaysia, the Bahamas, Panama, the United States, and Canada.